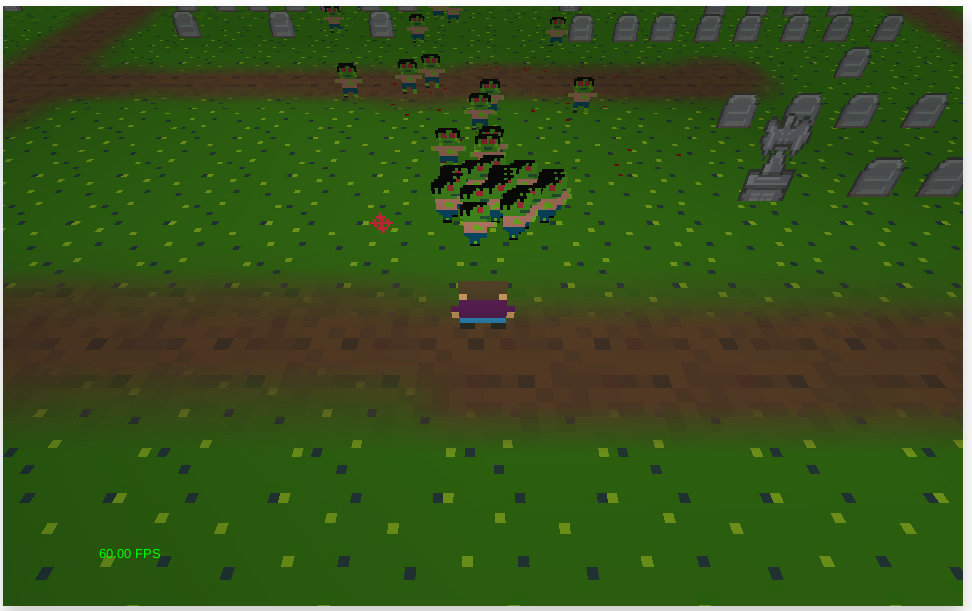 The last two weeks I’ve been actively been developing again.
Currently I ‘refurbished’ an old project. Its a third person zombie shooter game with awesome retro graphics.
It is inspired by ZOMBIE ESTATE as you can clearly see. Unfortunately there was never a second Zombie Estate released. It was the first Xbox Live Indie Game I purchased. In total I only bought 3 or 4 games as most of the games were… well, not so good polished.
I will try my best to stick on this game and develop it as far as possible. Currently planned is:

Not sure yet which platform to target. Maybe iOS or Steam Greenlight. I will think about it when I can be sure that this game will be finished.
One more screenshot: By the way:
My Title Dr. Wanboshi for Windows Phone has been unpublished by Microsoft. I had to do further updates on the game to keep it compatible. To be honest I was too lazy to invest again time in this title. I guess you can grab it on any rob-copy page.